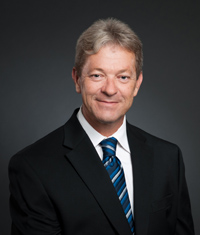 John joined the firm in October 2012 and works primarily on audits and reviews for condominium and homeowners associations. Prior to joining the firm, John worked for two other CPA firms over five years, CliftonLarsonAllen in Fort Myers and Cavanaugh and Company in Sarasota, where he audited not-for-profit corporations, government entities, private companies, and condominium and homeowner associations. John retired from the United States Air Force after 20 years, and worked in the military police field. He is a father of three children.